As its name implies Bethlehem Olivewood comes from Olive trees in the Holy land. The trees require regular pruning and this wood comes from the pruned branches. The wood is then ages for 7 - 10 years then processed and sold for use in various crafts including pen turning. Each pen comes with a certificate of authenticity.

The American Chestnut is a large, deciduous tree of the oak family native to eastern North America. Before the species was devastated by the chestnut blight, a fungal disease, it was one of the most important forest trees throughout its range. There are now few if any mature specimens of the tree, except where it was planted in blight-free regions distant from its original range. Once an important hardwood timber tree, the American Chestnut is highly susceptible to chestnut blight, caused by an Asian bark fungus (Cryphonectria parasitica, formerly Endothia parasitica) accidentally introduced into North America on imported Asiatic chestnut trees. The disease was first noticed on American Chestnut trees in the Bronx Zoo in 1904. While Chinese Chestnuts evolved with the blight and developed a strong resistance, the airborne bark fungus spread 50 miles a year and in a few decades girdled and killed up to three billion American Chestnut trees.

These pens are made of white oak from Jack Daniels barrels. The Jack Daniels craftsmen fit the staves together by hand, then carefully toast and char the inside of the barrel to caramelize the wood’s natural sugars. It’s from the toasted oak that the whiskey draws its rich amber color, distinctive flavor, and finish. The whiskey is then aged for four years. After the whiskey is bottled the barrel is sold off as only new barrels are used to age Jack Daniels. These used barrels are the material used to craft these pens. Each pen comes with a certificate of authenticity. 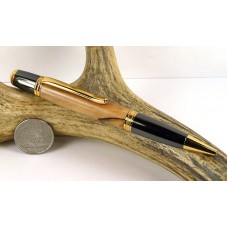 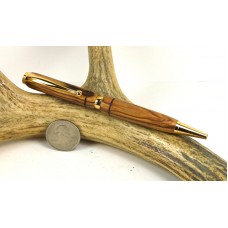 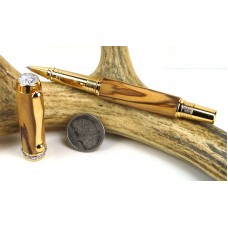 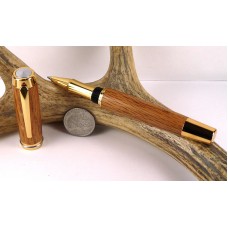 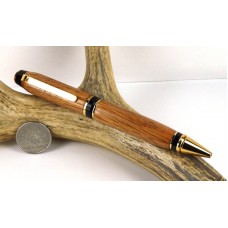 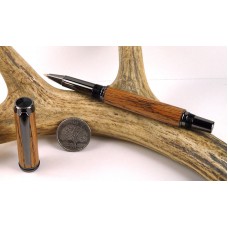 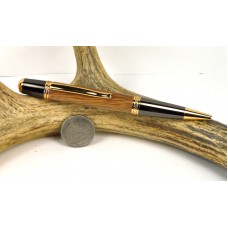 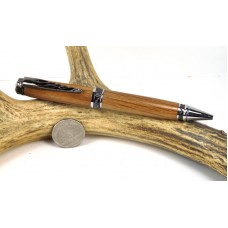